The Female Frost Giant is the strongest among all giants in Middle Earth. It is known for its abilities to command others, as well as to protect its companions and family from harm. Strikingly powerful, female frost giant society offers very little value to women (in either sex) for anything other than the barest minimally servile home work. No female frost giant ever is allowed to battle for her own tribe, and if one does succeed in war, they receive neither support nor honor for their bravery. As a result, the Frost Giants live an isolated life of isolation from other people, with few friends or allies. They also know that while they are powerful and fearsome, being a giant does not necessarily make you a good leader. 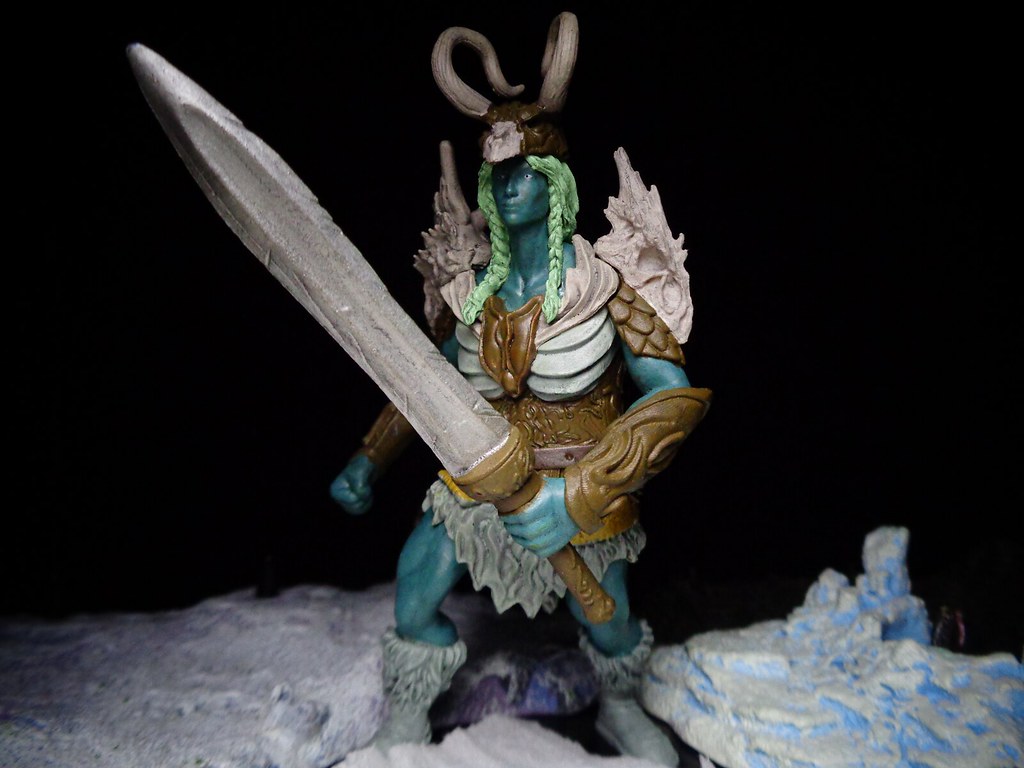 The female frost giants form many groups, each led by a single female giant. These groups usually take turns being the rulers of a huge territory, hunting down other giants and driving them out of their territory to resettle in the next bigger area. There are three main areas where they have historically taken over: Lake Ghazals, the Tsoelim realms, and the Southern Clifflands.

The greatest threat to the female frost giants comes from their enemies the Hill giants. Although the female giants are powerful, the sheer numbers make it easy for them to be overwhelmed by even a small army. If they are ever to regain their freedom from the Hill giants, either by winning back the lands they have stolen, or by getting rid of their enemies, it will be a long struggle. Many hill giants are killed by the female frost giants when they try to take over the entire continent. The best strategy is to avoid fighting the frost giants directly, as they will not attack unless they are cornered.

The Frost Giants are an ancient race with a very complex history. The most commonly known giants in the civilized lands of Aqaurium are the Thurnspire and the Windflints. These two races are the leaders of the sevenfold guilds that make up the societal structure of Aqauria. These guilds consist of the Silver Hand, the Copper Blossom, the Golden Swarm, the Iron Lotus, and the Sun Star clan. These giants are loosely affiliated with the other gods of Aqauria, although there have been some incursions by outsiders into their territories. This is why the various kingdoms employ the services of frost giants to rule them.

The Windflints are also considered part of the Sevenfold. They are located in the southern region of Aqauria. Their home is the ruined Keep of Winterkeep, built by their ancestors in ages past against the evil Winterglass. Some scholars believe that the Frost Giants and the Windflints may be one in the same, with the former using the latter’s power to battle against the evil Winterglass.

There is also speculation as to which of the three main tribes of the Frost Giants are actually the original inhabitants of Aqauria. It is believed that the Jarl of Aqilas was once a Frost Giant, although this has never been proven. The main theory however is that the majority of the population of the continent are frost giants, with the Kel’Thuzad tribe being the exceptions. One reason why the name Jarl of Aqilas did not come about until recently is because only a few hundred years ago did the continent of Azeroth first appear on the world map. This means that the name was probably applied to the region long before the world as we know it was created. Another possibility is that the name Jarl was adopted by members of the Alliance, whom the orcs had once been enemies, as they all shared the same surname.

The three major frost giants – Kil’jaeden, Magthering and Yoggash, all have several different names according to the regions of Azeroth in which they reside. However, they are all members of the Frostmane tribe. These tribes are led by their individual jarls and lieutenants, known as the mograine. The leader of each of the tribes is known as the Highlord, who is also usually the most powerful jarl in the area.

The tauren of the Alliance, under their chieftain tauren leader Worgen, are an exception to the rule, being considered part of the male giants. Their society is notably different from that of the other races, being closely-knit and matriarchal. Unlike the other races, tauren do not wear dragon scales, but instead own a trinket known as a tauren rhino. All Frost Giants, male and female, have blue skin; with the exception of Grond, who is green.